Memorial Day morning I woke up early — way too early! So, since I had a new iPhone 5 and I wanted to try out the camera, I woke up the hubby and said, “Let’s go for a walk!” He thought I was either kidding or meant let’s go later. Nope, I wanted to walk down to the lake to catch the sunrise. And, after checking, I learned that sunrise was scheduled for 6:28 a.m.! No time to dilly-dally. I think I’m going to have fun with this camera phone. I just think it’s too bad I didn’t read the camera instructions BEFORE I went to the lake. I would have known I could zoom in on stuff. Oh, well, this could be the start of something new! The pictures have no touching up done to them. On with the show! 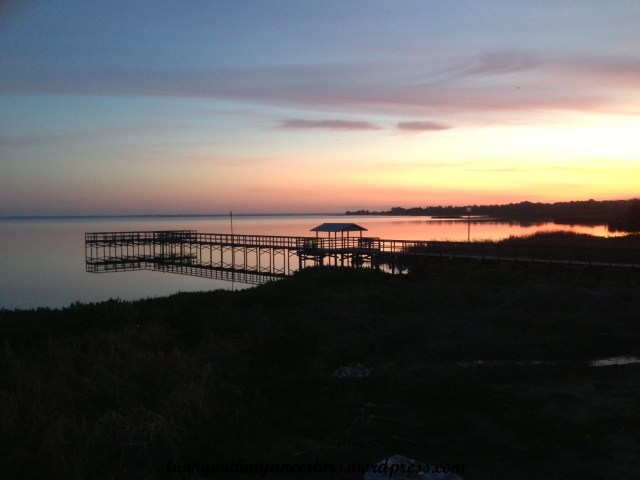 Arriving at the Pier at Lake Apopka

While we were waiting for the sun to peek over in the east, I turned around to face the west. The moon was still there as big as life itself. 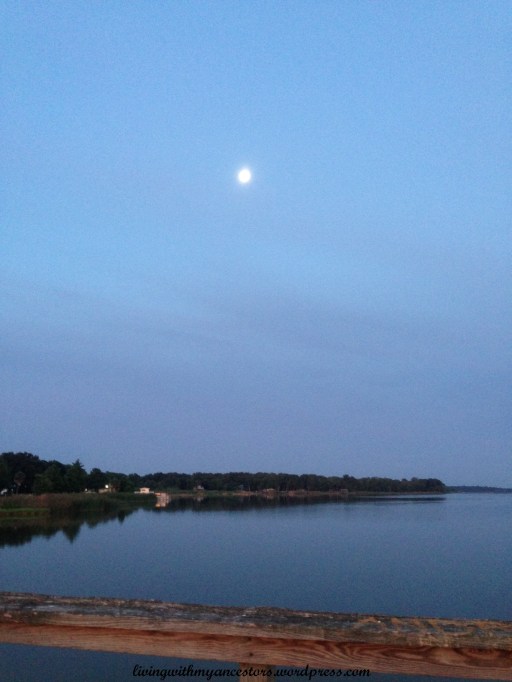 Moonshine! Well, you know what I mean…! 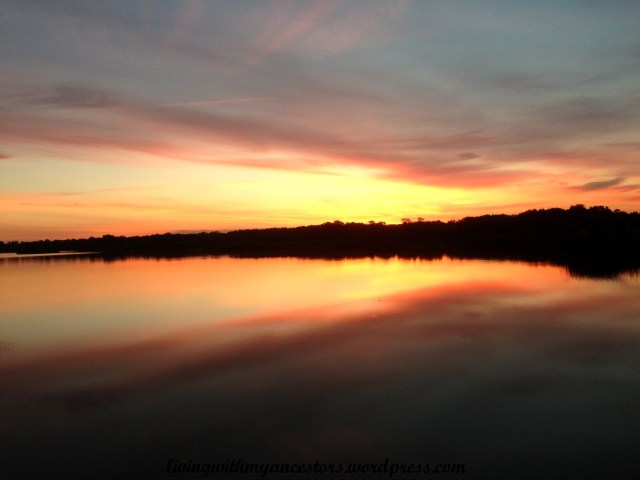 While we were waiting for the sun to keep rising, we saw turtles, big gators and a couple of baby gators, all kinds of birds, little ones and big ones. They wouldn’t show up in my pictures because they were always too far away. And, of course, I didn’t know I had a zoom lens. Although, if you look very closely in the right-hand square below, there’s a spot in the picture. Yep, it’s a gator swimming away from us. 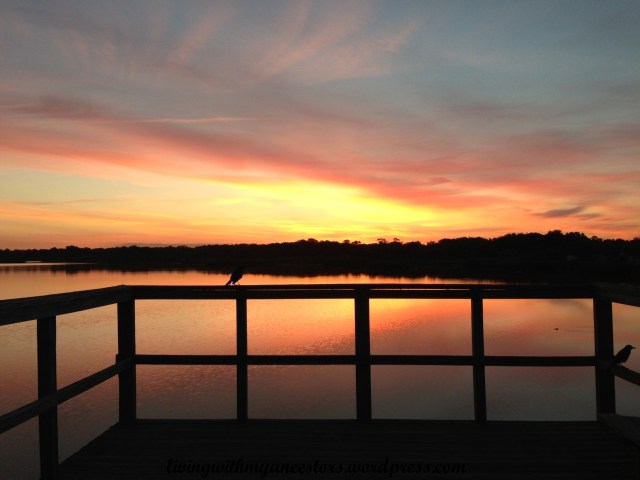 Oh, look, birds! You can almost see them. Where’s that darn zoom?

The fishing was amazing. We saw so many of the osprey diving and flying off with their breakfast of fish. They moved so fast I was never able to get one on camera. 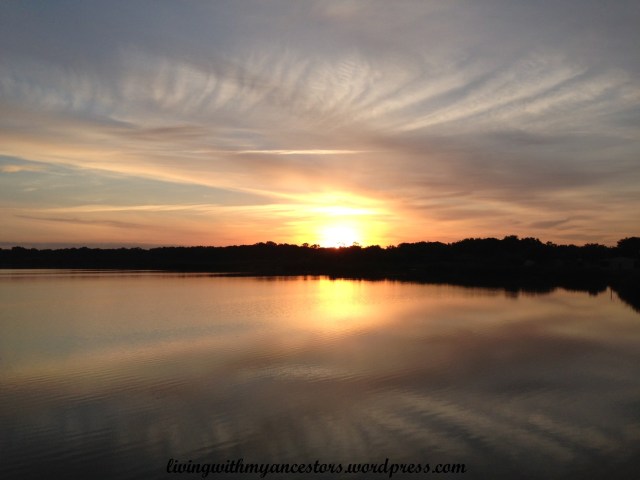 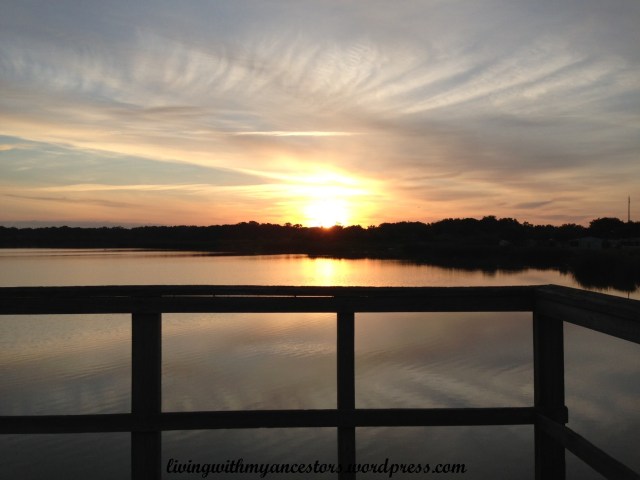 Such a pleasant and perfect morning. The temperature was perfect. It was probably 60’s and just ever so slightly breezy. The heat and humidity had not come into play as yet. Once the sun was up and over the horizon, we started for home. Breakfast was waiting to be made! 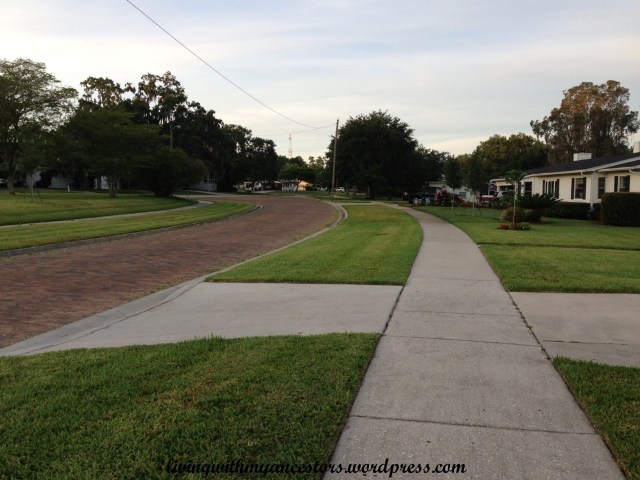 So quiet and peaceful.

Well, I have to admit here that I just don’t know the names of flowers and plants unless it’s the obvious (roses, tulips, daisies, etc.). I think these are azaleas and, boy, this bush was just beautiful. It’s wrapped around a light in a front yard. I didn’t take a picture from afar. I wanted one that just showed all the flowers and their color. 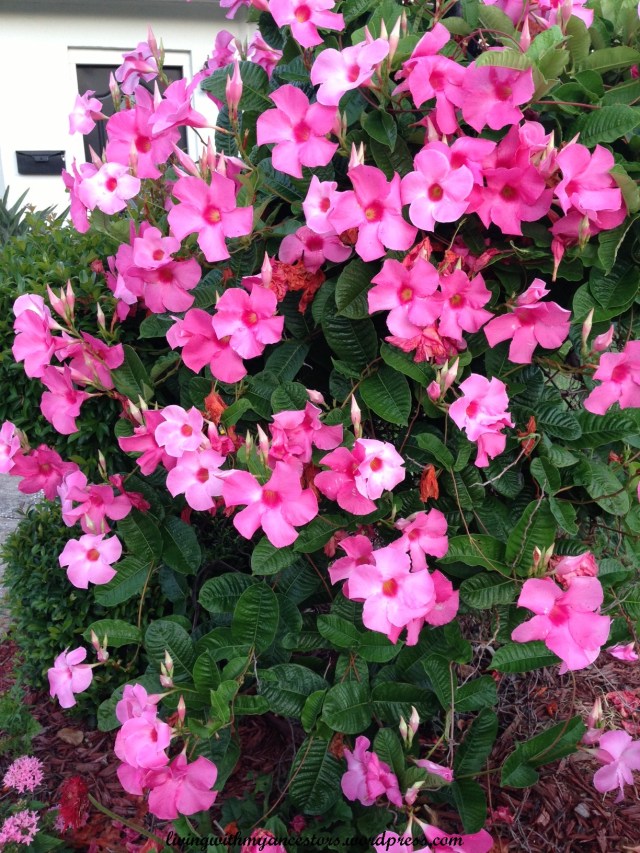 This house below is around the corner from us. I just love this house. I think it was probably built in the 20’s or 30’s. I can’t begin to count the number of commercials and movie scenes that have been filmed using this house as a backdrop. It’s kind of hard to actually see the houses itself through the trees. 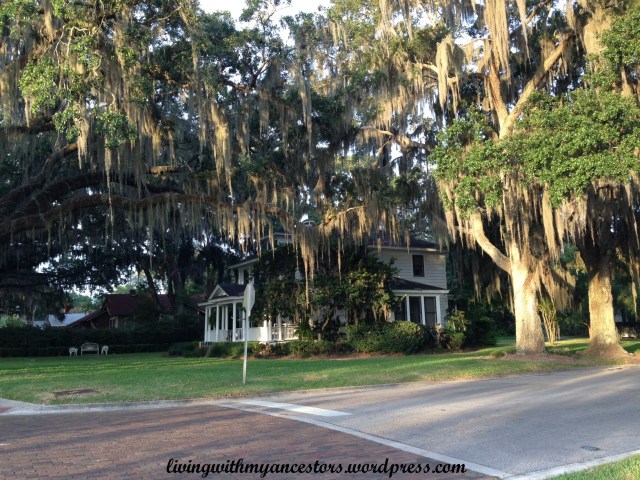 And we’re back home! 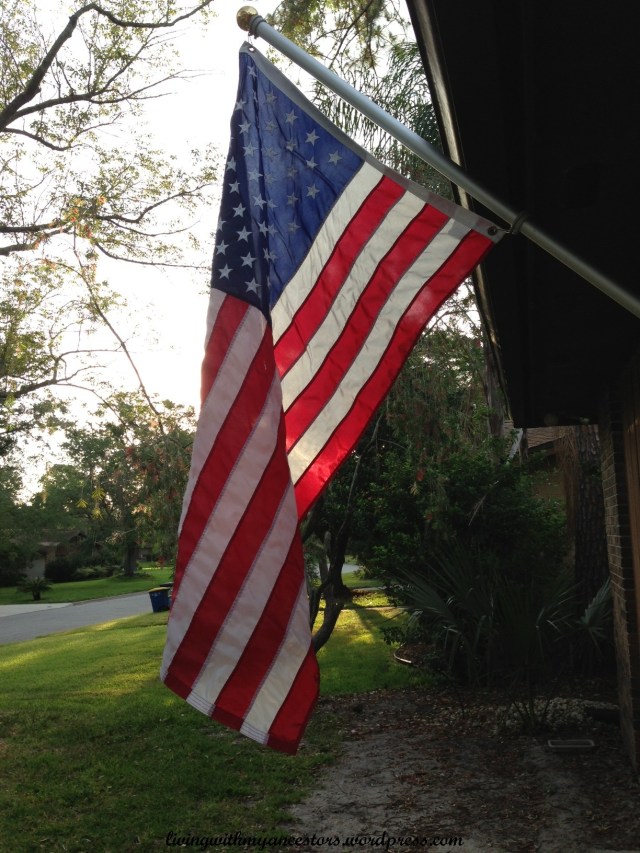