Cee’s Odd Ball Challenge (COB) is all about those great photos that you take which really don’t seem to fit into a common category.

Dr. Phillips Center for the Performing Arts, while under construction in 2014, downtown Orlando, Florida, across from my office at the time.

The next two photos, besides being Odd Balls are being used as part of Becca’s Sunday Trees!

Crooked/leaning tree.  Did you ever come across one of those pictures that you just can’t figure out why you ever took it in the first place?

I have absolutely no idea what kind of tree this is. It was taken in 2014 at Leu Gardens in Winter Park, Florida. I took it because it looks like gargantuan peanuts growing in the tree!

It’s been a while since I’ve participated in one of Sally’s challenges. I’ve chosen architecture this time. I just love the look of these two buildings.  These structures are side-by-side in downtown Orlando. The tall structure is the CNL Tower I and the door shown is the entrance to the Orlando City Hall.

I worked here for a number of years. I always liked the linear aspects of this building. 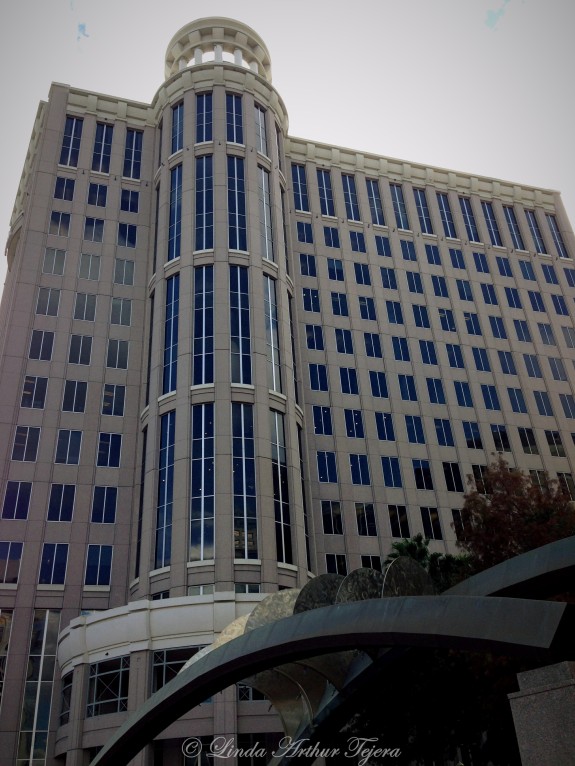 Right next door was the Orlando City Hall. It sits in between the two CNL Towers. I always liked the geometric patterns at the entrance. And if you look closely at the circle at the top middle, you can see the reflection of the Bohemian Hotel from across the street.

To see more entries in this week’s challenge, visit LENS AND PENS BY SALLY

The 4th Monday of the month is Challenger’s Choice at Lens and Pens by Sally.

I took this picture of Orlando City Hall a while back. I just liked the design of the door and windows. I didn’t realize until later that the reflection of the Grand Bohemian Hotel across the street showed up in the small window above the door! 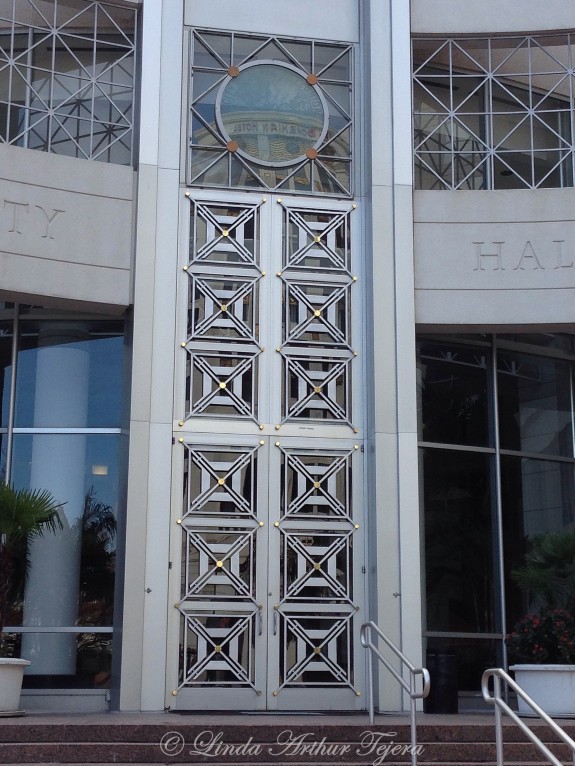 Meaning of oddball
noun – a person or thing that is atypical, bizarre, eccentric, or nonconforming
adjective – whimsically free-spirited; eccentric; atypical

This sculpture is titled “Centered” by CJ Rench, located at Lake Eola, Orlando, Florida. It makes me think of two hands holding up something in the center.

Paula at Lost in Translation says:  Follow my lead, if you will, and post a photo(s) of a sculpture in black and white. Do it today or over the next six days. Happy Sunday! 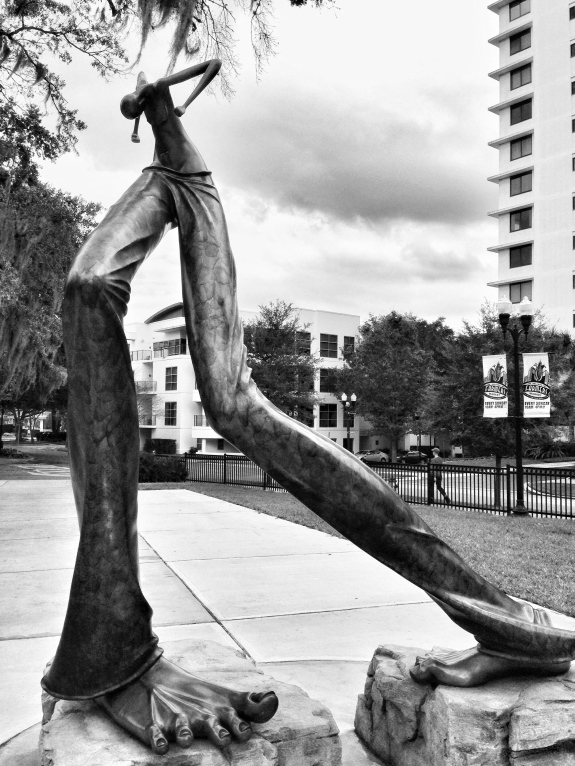 It’s the 5th Monday challenge at Lens and Pens by Sally so I thought I would have a little fun with my last week’s photos which you can see here.

A simple conversion to black and white 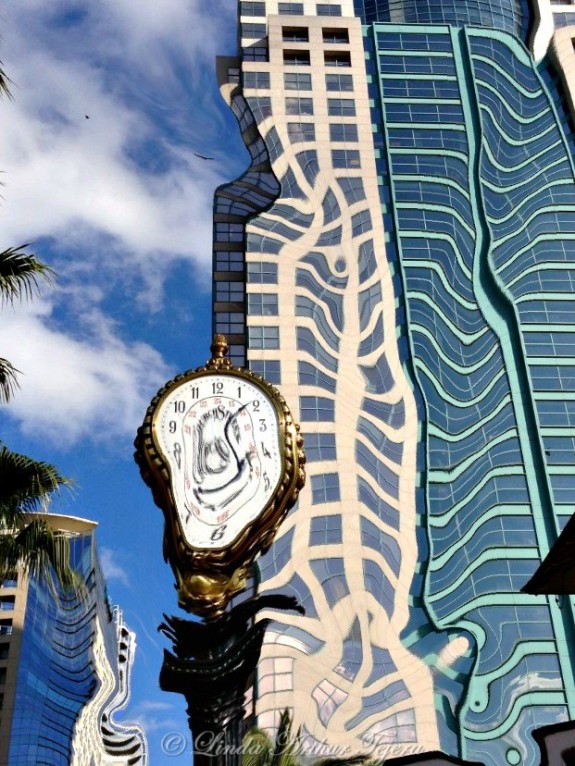 Okay, so I had Dali on my mind! It still expresses how we’re feeling! 😆

Lens and Pens by Sally‘s 4th Monday is a Challenger’s Choice. I chose a couple of architectural photos I took a while back while next to Church Street Station in Orlando. The tall structure is the SunTrust Building where I once worked a long time ago! Do you have a preference on angle?

This (2014 #12) challenge  subject is all about capturing the roads, walks, trails, rails, we move from one place to another on.  You can walk on them, climb them, drive them, ride them, as long as the way is visible.

For more information on participating in this challenge and/or to view additional entries, please click on the logo.

For additional information on participating in this challenge and/or to view additional entries, please click on the logo:

Cee says:  We are on to a new series which I am calling Geometry.  This week our topic will be things with straight lines.  These items can be found on man made objects or in nature. Have fun and be as creative as you like.