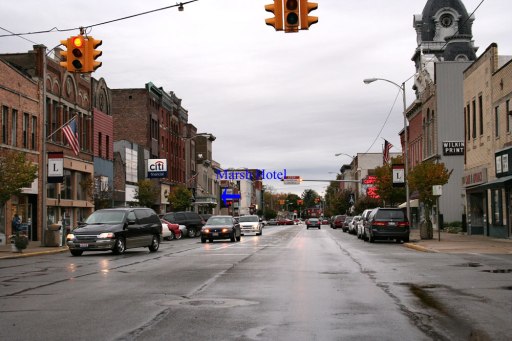 Around 1956 my family moved to a little town called Van Wert, Ohio. Apparently Dad took it upon himself to buy an old hotel smack dab in the middle of town. It was called the Marsh Hotel or the Hotel Marsh, depending upon individual preference. This became my new stomping ground. We occupied the Manager’s Suite on the top floor.

But what–you say–did a kid do in the middle of downtown for entertainment? Well, there were lots of things to occupy my days and my mind. 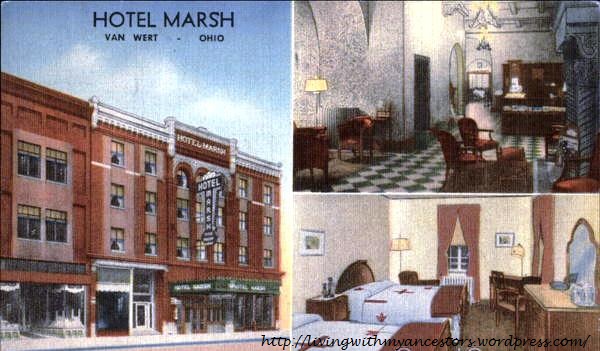 For starters, there’s the Hotel itself. How many kids get the run of the house, especially if that “house” is a hotel? Being Nancy Drew incarnate, I could run up and down those hallways and into empty rooms looking for “clues” and building cases.

There was a big formal restaurant dining room in the back of the Hotel. In that dining area sat an old piano. Gosh, I loved that old piano. I didn’t know how to play but that didn’t stop me. I learned all the easy stuff kids learn on pianos without lessons. Twinkle, Twinkle, Little Star; Row, Row, Row Your Boat; you get the idea. Little tunes kids can pick out on their own. Of course, that was only allowed during times the restaurant was closed. We wouldn’t want to ruin anyone’s appetite!

The check-in desk was full of surprises with its cubbyholes and glass display cabinet. There were boxes of cigars in the display that were for sale. I don’t like the smell of cigar smoke but I did like the smell of those cigar boxes! I had quite a collection of the old empty boxes. Most were used to store my crayons and other trinkets. 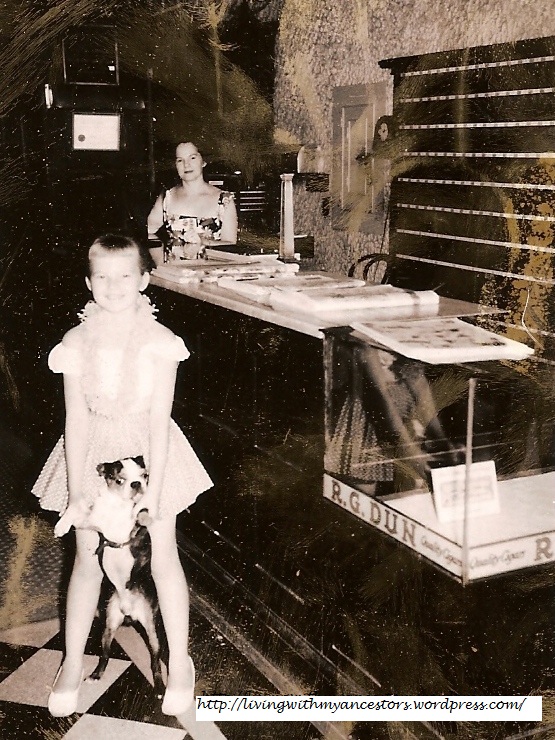 Yep, that’s me, my Mom and my faithful companion, Happy, right there at the check-in desk. It’s a pretty beat-up picture but if you look real close over my Mom’s right shoulder, you can just barely make out an old PBX switchboard. I’m guessing it was installed maybe in the 1930s or 1940s.

This picture is just an example of the PBX with those cords and buttons and I knew how to use it. I was able to take and place calls on occasion to help out! It was fun.

The hotel was four stories and had an old Otis elevator that was manually operated. It had one of those gates across the door that was shut manually. And then there was the apparatus that moved the elevator up and down. It was pushed to the right to go up and left to go down. The trick was when you stopped at each floor you had to bob up and down until you got it lined up. Otherwise, there would have been a big step up or down when exiting the elevator. I did operate the elevator on occasion. There were times when I just wanted to go upstairs and grab something out of the apartment without having to run up and down the flights of stairs so I would take the elevator. Sometimes I would even get to take the guests to their floor. Then you always said “Watch your step, please.” Of course, I  only got to do that when Shorty was busy! We had a regular bellhop named Shorty who was also the elevator operator. Such a nice man he was, too. Heck, he tolerated me, didn’t he?! Hey, I just realized. Could this be like a forerunner to video games? You don’t see the connection? Well, I had to synchronize the handle up and down to get it lined up just right with the landing.

The Cisco Kid and Diablo

There were definitely some perks being the young daughter of the Hotel owner. Every now and again someone famous or sort of famous would stay at the Hotel. One such individual I remember so well was Duncan Renaldo. Who is that some of you younger readers might be asking. Why, it’s the Cisco Kid! Oh, Pancho! Oh, Cisco! Leo Carrillo, who played Pancho in the TV series was traveling with him. Of course, he also brought with him his trusted horse, Diablo, but Diablo, much to my chagrin, did not stay at the Hotel. They were in town for the Van Wert County Fair. Even as a child, I knew that the Cisco Kid was a VERY handsome man! He and Pancho were talking with me and asking me if I watched their TV show. Of course I told them I did – and I did. When they asked me which day it was on TV, I couldn’t tell them. I was so embarrassed at the time. But, he was so gracious. He had such a wonderful laugh and he said I was so cute. Well, that was all I needed. I was smitten. Of course, my poor mother was just sure that I would be “discovered” and asked to go to Hollywood and become famous and rich. Ha! 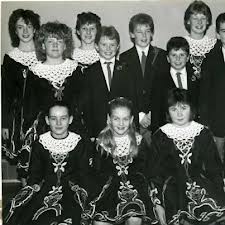 From Google Images – not the actual dance troupe

One other example was a troupe of Irish dancers touring the country. If memory serves, they probably ranged in age from about 10 or 12 to about 15 or 16. Having Irish blood myself flowing through my veins, I felt as one with them! They were teaching me how to do the Irish jig and a sword dance. My, but they were a fun bunch. I was able to ride on the tour bus with them to one of their stage performances. Naturally, I fell in love with a couple of the Irish boys. They weren’t just cute – they had the neatest accents ever! They paved the way for Michael Flatley and Lord of the Dance!!

Yes, there was a lot of mischief for a young girl to get into at that old Hotel. In Part 2 I’ll move my activities to the great outdoors. Look out world, here I come!