A couple of weekends ago, hubby and I headed out in the car to get out of the house for a while before the daily thunderstorms hit. We really didn’t have any particular route in mind. We just started heading for the coast and figured if it didn’t cloud over, we might get to the beach. But, along the way, we passed a sign for the little town of Christmas. On a whim, we turned off and decided to check it out. We really didn’t check out the town but we did go visit Fort Christmas Historical Park. You can find the following at the entrance to the turn-off.  I took so many pictures at this place, I’ll post them in two or three separate posts. 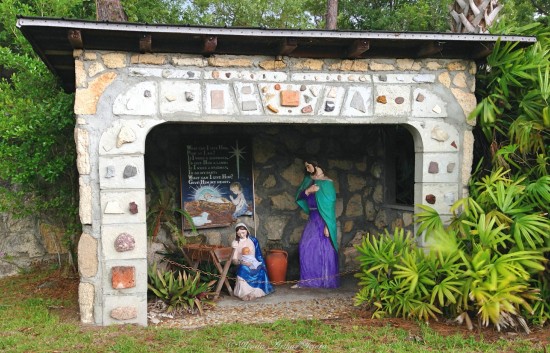 From the brochure:  In 1976 as a bicentennial project Orange County Parks and Recreation Department, with support of the Army Corps of Engineers, began construction of a full-size replica of Fort Christmas.  The new replica was completed in December of 1977, one mile south of the original location, exactly 140 years later.

In May of 1990 the Fort Christmas Historical Society was formed. Through their efforts a Master Plan was developed to create a living history settlement. The society has become instrumental in the preservation of rural heritage of East Orange County.

After stopping in the reception building, the first place we visited was the 1932 School Lunchroom.  The lunchroom served home cooked meals and local women were hired as cooks. There were never any leftovers! Later it became a classroom. 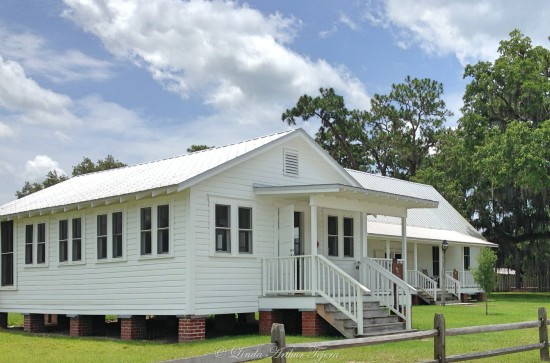 There were lots of kitchen exhibits. 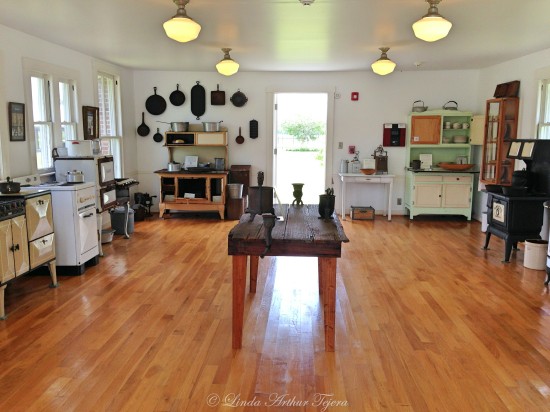 The next building we visited was the 1906 School.  Union School became Christmas Elementary in 1959 and closed due to overcrowding in 1969.  The two room school grew with the addition of a stage in front and a small classroom in back.  Later the front room became the kitchen, lunchroom, and auditorium. 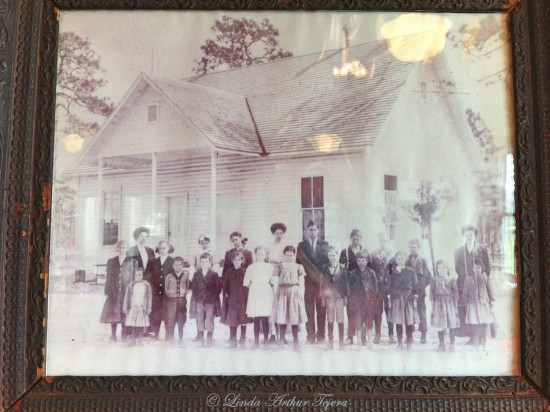 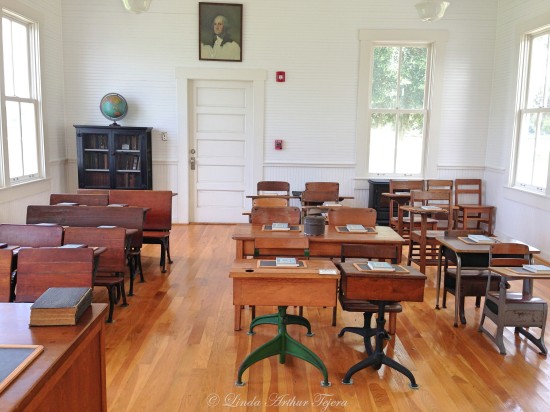 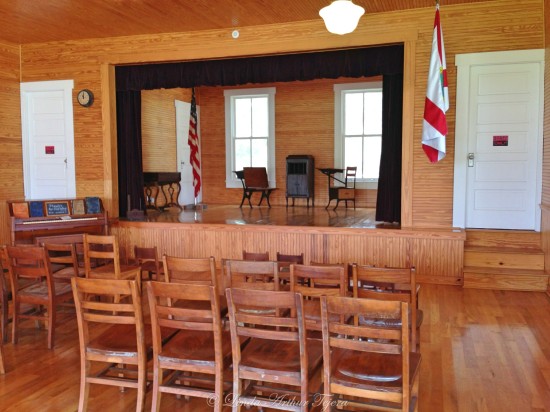 Next time I’ll post the photos from the Fort and Museum.

26 comments on “Christmas in June”