This is week #34 in Michelle’s Weekly Pet Challenge. I’m featuring Bug this time.

Bug was a loner who showed up one day in 2009. I called him Bug because he had a mark on his nose that I first mistook for a bug! His look was “don’t come any closer or I’m liable to take a finger” when in reality he was a lover at heart! We never knew how old he really was but figured he’d been around the block a time or two. We had him checked out at the vet when he finally let us pick him up and didn’t find anything major in the beginning. Try as we might, we couldn’t get him to become comfortable inside the house. He was okay with the other animals but he just didn’t want to stay inside, so he became our first indoor/outdoor. Along about July 2010, we noticed something was not quite right. We took him in and it appeared he had a gum infection. We had a tooth or two pulled and put him on antibiotics. He seemed to rally. By September we knew something was terribly wrong as he developed a lump on his jaw. There really wasn’t anything we could do. I would never subject my animals to major cancer treatments so by October we were preparing for the inevitable. Bless his heart, he took the decision from us. The day we had scheduled to take him in to the vet, we found him in the front yard. He was quietly gone. He had not been gone long but he was gone. My only regret is that he was alone. He may be physically gone but he will never be forgotten. He has a place of honor in our backyard with others. 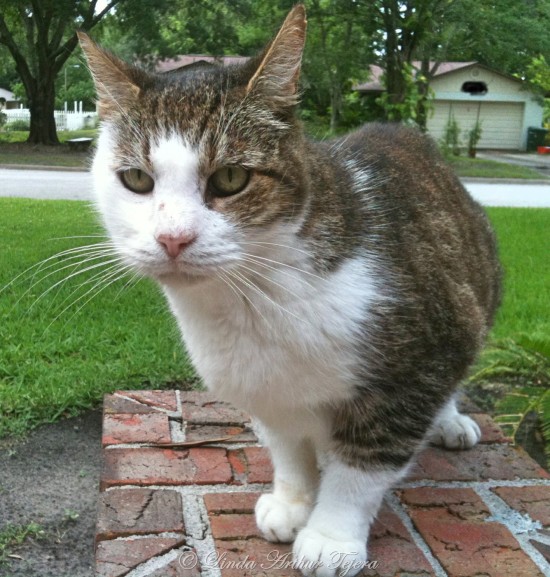 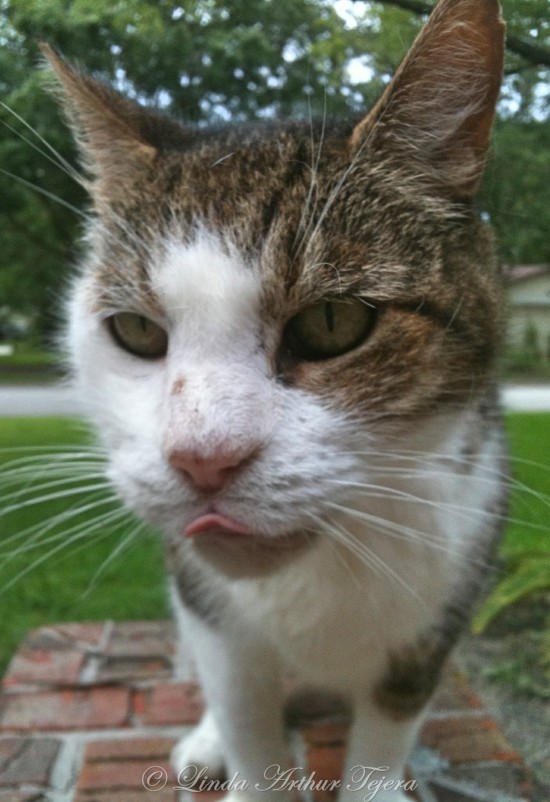 For more information on participating and/or to view additional entries, please click on the logo: