Our photographs tell stories, big and small. Some of our images are landscapes, offering wide and sweeping views of a scene; these pictures might tell the tales of an entire city, or a tapestry of stories of many people. Some photographs, like portraits, focus on individuals, while still-life moments capture the beauty (and often treasured stories) of belongings and found objects.

In this week’s challenge, I’d like you to use one tangible object as both your inspiration and subject. It can be the obvious focal point of your shot — or you can get creative and find other ways to feature your object — the only requirement is it must be somewhere in your frame.

Okay, so technically one could argue that I’ve used two objects.  But I’ve chosen to photograph the red and yellow mineral rocks that I have.  So, can I say that technically my object is minerals? Semantics?!

I’m afraid couldn’t begin to tell you the first thing about what kind of rocks or minerals these are. I just know I love their beauty (and the camera does not do justice!). If anyone knows about these and would like to share the information with me, please feel free to do so!

To view other entries and/or obtain information on entering your own, please click HERE!

I remember one summer back in the 50s, I guess I was probably about eight to ten years old, and my parents took me from Ohio to Kentucky to spend some summer time with my cousin, Carol Sue. She was a year younger than me and we were like sisters. That summer we did everything together.

Carol Sue was going to get to go to a beauty parlor (they were called parlors back then!) and get her hair cut. I really wanted to go, too. So, my aunt had me write my Mom and Dad and ask if I could have $5 to go with Carol Sue and get a haircut. When the money arrived, off we went to get our haircuts. We went by ourselves because the shopping center was within walking distance.

Carol Sue went first and when she was done I really liked her haircut. So, I jumped up into the chair and told the lady that I wanted the same haircut. She hemmed and hawed and talked to the other ladies in the shop. She kept asking me if I was sure it was okay with my mother if she cut my hair. “Of course,” I said, “She gave me the money to come here!” And she proceeded to give me a haircut. I loved it!

A short time later, my parents came to pick me up. I remember standing in the living room with Carol Sue and my aunt. I was so excited to see them again even though I had had such a wonderful time at my cousin’s house.

My mother was the first one through the front door closely followed by my father. As soon as she walked in, she took one look at me, screamed and fell back into my confused father’s arms. He took one look at me and he started yelling, “What did you do to your hair? Look what you’ve done to your mother! Your hair….! Your mother….!” He stuttered those phrases about two or three times. I didn’t understand what the big deal was.

That was about the time they began “yelling” (my parents never really yelled, they just voiced disapproval) at my aunt. Well, the big deal was that my mother loved my hair. I suppose my dad did too. It went all the way down my back to just below my waist and it was thick and wavy. 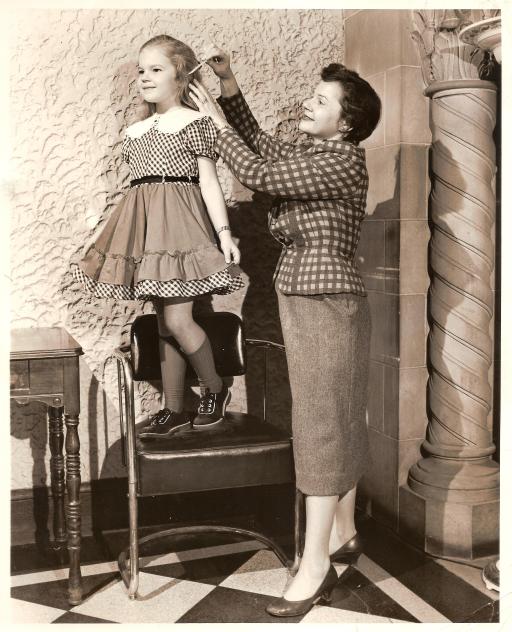 My mother recovered. She said that when she sent me the money to go with Carol Sue to get a haircut, she thought I was just going to get a trim. My aunt started in on how she hated long hair on an active child. It was impossible to untangle and it would grow back. My aunt survived.

I had gone to the beauty parlor with waist-length hair and I came out with the style of the day – a pixie cut – one-inch all over!  I don’t have any pictures of myself with it but here’s a Google image I found that would have been similar. 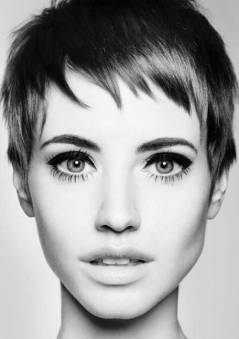 Everyone survived! My folks took me home and my hair grew out again! You know, now that I think about it, I don’t think I ever got to spend the summer with Carol Sue again.  Hmmmm….

The tree which moves some to tears of joy is in the eyes of others only a green thing that stands in the way.  Some see nature all ridicule and deformity…and some scarce see nature at all. But to the eyes of the man of imagination, nature is imagination itself.

Create inspiring, noble, and righteous goals that fire your imagination and create excitement in your heart. And then keep your eye on them. Work consistently towards achieving them.

For more information on participating in this challenge to view additional entries, CLICK HERE.

Here are my entries for this challenge: 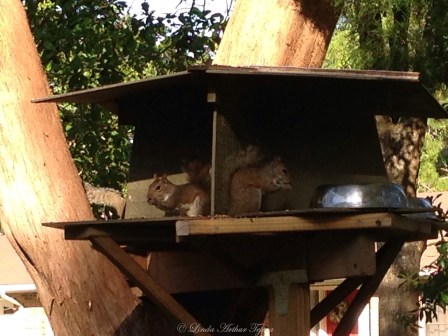 I thought this nest was interesting in that it was in a small tree smack dab in the middle of downtown traffic!

For those who wish to participate or check out other entries, please click HERE. 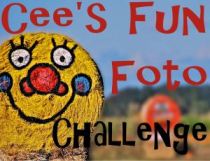 I note that earlier this month there were a couple of challenges using the word white. I wasn’t ready! Back in December I was thinking of the new year coming up and how I wanted to start taking more photographs. Oftentimes when I think of January it conjures up thoughts of things that represent or are white. I realize that most of the country (U.S.) and probably other parts of the world are currently covered in white and the last thing they may want to think of is white snow!  Well, being here in Central Florida, I just don’t have any opportunity to take photographs of snow (unless I were to travel north, which in and of itself would be crazy in the winter!). So, I offer a few photographs which I think have white as the focal point (or not)! They’re varied and random and I hope you enjoy them.  If you feel so inclined, I wouldn’t mind knowing which is your favorite and why.

All of the photos except for the white roses were taken with my iPhone 5. The roses were taken using the Nikon D3200 but, I must confess, it was on the macro setting. Some were autocorrected or cropped in Microsoft or Fotor. 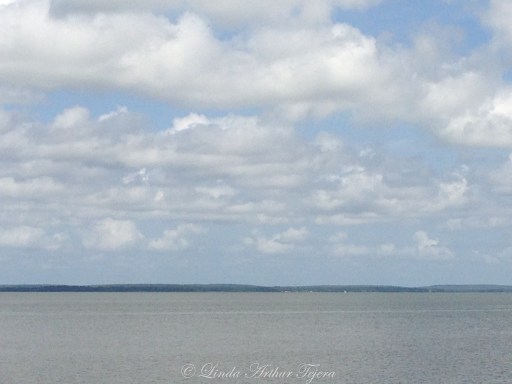 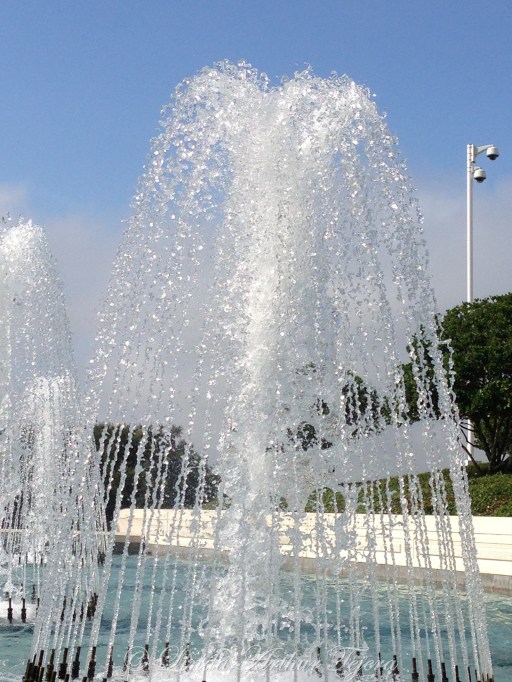 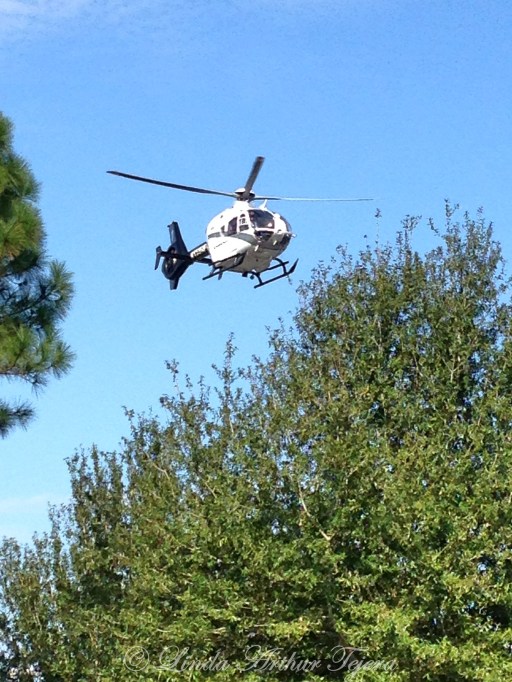 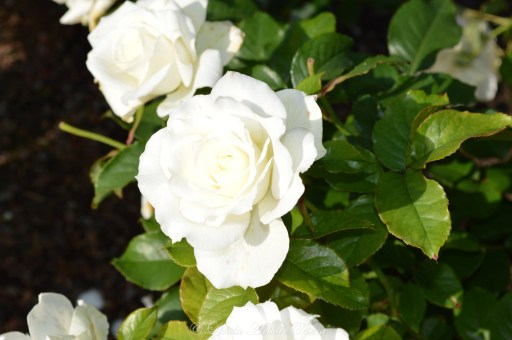 I pulled the following from Sally’s post (I hope she doesn’t mind). I found the explanation for how we perceive black and white very interesting:

“Science explains it this way: A surface which contains all colors will be seen as black, because the viewer perceives that no colors are being reflected. Whereas to realize white, the observer sees all colors reflected. This explanation is the path to: black is color and white is not.” 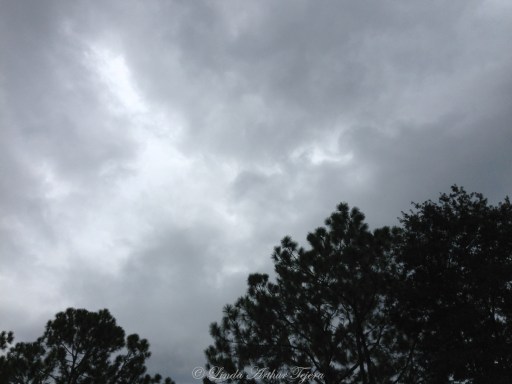 For information on participating and/or to view additional entries, please click HERE. 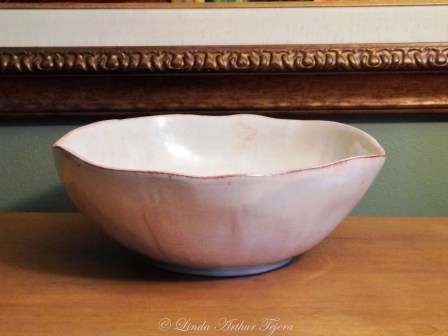 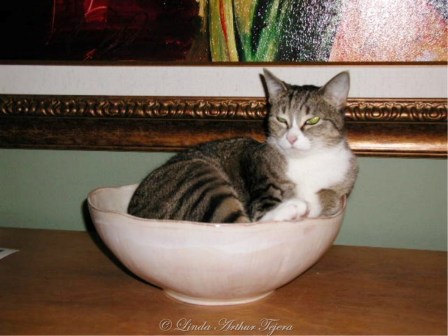 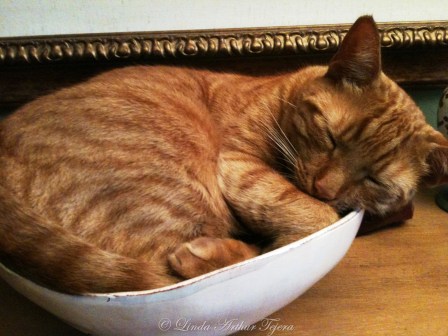 Well, I guess that problem is solved!

I was already going to do this post this week and thought that, rather than do two animal posts in one week, I would include this in Michelle’s Weekly Pet Challenge.  To view additional entries, please click here.

Well, I’ve been waiting for a notification from WordPress that I’ve reached my one year anniversary blogging. Oops! It never arrived. I knew it was January but didn’t remember the date. So, silly me, I went and looked and I missed it! But that’s okay. I thought what I would do is repost my very first ever blog entry. When I first started my blog, I was just going write about my family history. It didn’t take long for me to realize that the information I had was not much at all! So, I decided to branch out and started adding bits of life in general. As many things often do, I find it is branching again as I have now added my new hobby of photography. Enjoy!

LIVING WITH MY ANCESTORS

In 1931, at the age of 20, my Dad and 7 of his friends left their homes in Kentucky and headed West on the rails during the Great Depression. Dad kept a little diary of the trip in a small notebook written in pencil.

Following are a few excerpts from his travel diary (written in blue italics) with some of my own comments inserted in regular text:

The date is Wednesday, April 22, 1931.  It’s raining and snowing.  I have a one-way ticket to Portland, Ore. We catch train No. 1 bound for Cincinnati and bid Ashland goodbye at 8:55 a.m. There are eight of us. All nice fellows to be sure. Their names are Charles E. Ball, Bennet Tussey, Sam Elsworth and myself of Ashland. Paul A. Vaughan of Ironton, O. Charles R. “Buzz” Waldron of Russell, Ky. Kenneth Ames of Catlettsburg, Ky. And Louis E. Hannon of Maysville…

The Week 11 challenge on Sonel’s Photo-Editing Challenge is Trees and/or Tree Trunks.  I immediately thought of this pictures I captured a couple of months ago on my iPhone 5 while out yard saling.  It struck me as so odd and so Determined, that I wanted to use it for this.  If you’re wondering why I highlighted the word Determined, it’s because if you look at the gateway created by the two trees connecting, the space forms the letter D. I thought of way too many captions for this picture, so I’ll let that suffice!  Feel free to chime in your caption thoughts in the comments if you feel so inclined!

There is no chance, no destiny, no fate, that can circumvent or hinder the firm resolve of a determined soul.

Please be sure to check out other entries by clicking here or by clicking on the logo below.  Thanks and enjoy!

Today is Macro Monday on Lens and Pens by Sally.  A while back I had my little cat, Inky, sitting on my lap and became fascinated with her eyes.  Not to equate it, but when I was a kid I collected cat’s eye marbles (I was never able to have a cat until I was an adult)! Wish I still had them.  But I digress. I started looking at her eyes and my iPhone was right beside me. Although she didn’t sit still for very long, below are a few of the shots I managed (quite awkwardly, too, I might add!).  All pictures were taken using my iPhone 5.  Enjoy! 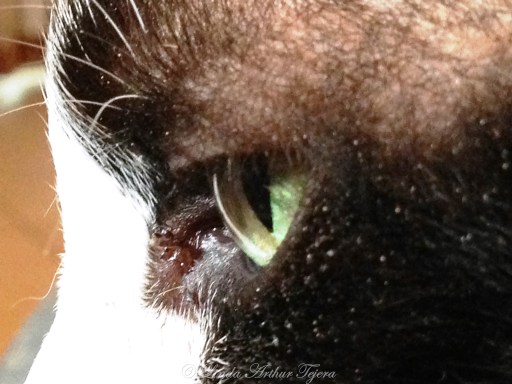